San Jose Fly prides itself on a diverse coaching staff who bring to our club a wide range and depth of field hockey experience.

Fly U19 Coach; Futures Coach; USA FH Umpire
Jote Atwal is an ex-international player with a level II USFHA coaching credential. He is actively involved with USA Field Hockey’s Futures program, serving as a coach for both the Northern California site and at the National Futures Championship in Virginia Beach. He is also an active umpire. He started playing field hockey at the elementary school level in his hometown of Singapore, earning national colors while playing hockey at high school and going on to play for the country’s National Team. Jote has been actively involved in Bay Area field hockey for over 30 years. He plays on several mixed and men’s club teams in addition to coaching various youth club teams in the area.

Christine Couteau has played field hockey since she was 6 years old. She played for one of the top French clubs in Paris, France, in the 70’s and 80’s, and in England in the early 90’s. She played on the French National Team for over 15 years, starting at age 14 in the U16 group, earning her first cap on the women’s team at age 17, as captain of the French U21 team for 3 years, and retiring in 1991 after competing in 4 European Cups and 1 World Cup. Since moving to California in 1996, she has been playing in the local women’s league and in national tournaments. She is now a defender on the USA National  Masters Team and competed in the 2014 World Cup in Rotterdam, Netherlands, and in the 2016 World Cup in Canberra, Australia, finishing in 3rd place.

Christine has been a coach for U8 to U19 age groups in France, England, and the US. She launched the Bay Area Youth Field Hockey program in 2000 and the Rolling Hills Middle School program in Campbell in 2005. She coached Futures for 6 years and has been coaching Fly since 2009. Christine holds a USAFH level II coach accreditation and a level III umpire rating. Each fall, she enjoys umpiring high school and college games.

Fly Program Director & U16 Coach; VarsityHead Coach at Los Altos HS
After picking up the sport in high school, Mary played her college field hockey at Stanford University. Upon graduation, she continued to play in the West Coast club league and began umpiring. She umpired for 10 years at the high school, club and college levels. Mary has been the head coach at Los Altos High School and been with Fly as a coach since 2007.

Fly Program Director & U16 Coach, former Head JV Coach at Archbishop Mitty HS
Coach Anthony Gourley has been coaching with San Jose Fly since its origins in 2001. Anthony was the Asst Varsity Coach at Archbishop Mitty High School, where he has coached for 12 years and has coached in the USA Futures program in the past. Anthony brings an incredibly impressive coaching resume with him. As head coach of the JV at Archbishop Mitty High School, Anthony has won 10 BVAL League Titles, and from 2002-2008 went on a 141 game unbeaten streak including all tournament games and non-league games. This is the longest known unbeaten streak in High School Field Hockey anywhere in the world. Anthony credits his unbeaten streak to the great players and coaches with whom he has had the pleasure of coaching and working with over the years, and to helping his players to believe in themselves. Don’t be surprised to here Anthony being the loudest cheerleader for the players on the sideline and always reminding them that “It’s a beautiful day for Field Hockey.” 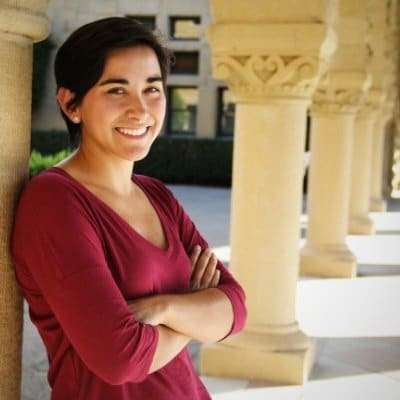 Elise grew up playing hockey in Gilroy, CA and went on the play collegiate hockey at Stanford University from 2010-2015. In 2015, she captained her team to a record-setting year in which they reached the NCAA quarterfinals for the first time in program history. Elise is currently the club head coach at Santa Clara University and plays on women’s and mixed adult league teams in the area. She has been leading the Fly High Performance program since 2017.